Federal airspace is controlled by the FAA. The FAA is responsible for the safety of US airspace from the ground up. Obviously, the goal is to guarantee that passenger airlines are going to be safe. The FAA is working overtime to make sure drone operators are flying responsibly. 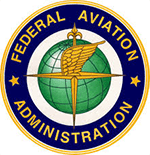 The Drone Act Amends the FAA Modernization and Reform Act of 2012 - to study and identify any potential threats to privacy protections posed by the integration of (drone) systems into the national airspace system, including any potential violations of privacy principles. There has been substantial debate, and the FAA is recommending changes which will open the door to the commercial use of UAV’s.

Some industries, especially with political action committees, are feeling the pressure to hold back and not allow their members to use UAV’s/Drones until they have received proper authorization from the FAA. It’s the risk and liability that comes with inadvertently assuming control of a drone and operating it without proper authorization, putting your employer or company at risk for a lawsuit.

People are unaware that the air above the ground is controlled by the Federal Aviation Administration. What does this mean to you? Federal fines & penalties. Can your business afford that? It’s not a matter of ‘if’ an accident will happen, it’s a matter of ‘when’.

The UAV Process at the Federal Level:

The FAA provided an exemption program for individuals who meet the qualifications to operate legally, with the understanding that there would be several conditions to ensure safe flight operations. This exemption is called the FAA 333 Exemption.

While Congress looked to amend the FAA Modernization and Reform Act, which would open the airspace to more operators, careful consideration had to be followed without increasing the risk to aircraft operating in that same airspace. Reports of near misses and flying over naval bases was going to complicate the process. 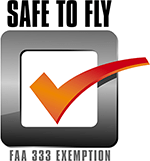 Draft Federal Rules are looking to improve the FAA approval process by allowing an instructional FAR course and additional flight hours as a UAV pilot before being FAA approved.

The FAA is in the process of making regulations, called the Small UAS Rules, for the use of small drones. They have been arguing over these rules for what seems like forever now. Once the rules are finalized, that will be the primary method for authorizing small UAS operations. Until then, the certificates above are the only legal way to fly your drone for business purposes.

How to Submit an FAA 333 Exemption:

• https://www.faa.gov/uas/legislative_programs/section_333/
• Select: Authorizations granted via Section 333 exemption
• Find a business similar to your specific goals that have been approved
• Download a copy of their application (This becomes your template)
• Draft yours similar to the template
• File electronically through the FAA website which is found under this title: ‘instructions for filing an exemption request'
• It doesn’t cost any money to file and don’t expect an immediate reply for a few months.
• You’ll be notified by the FAA, via letter asking for more information or approving you.
• If this process seems too involved, you can always operate under someone’s FAA 333 Exemption

Must be approved before implementation:

• Drones must be under 55 pounds
• Flights must take place during daylight hours (you must coordinate with the FAA if you do fly at night)
• Flights must take place within a visual line of sight of the operator
• Operators may work with a visual observer, but the operator still must be able to maintain a visual line of sight
• The drone must be registered, and aircraft markings are required (must have an "

N" number)
• Operators must be 17 years old, pass an aeronautical knowledge test, hold an FAA UAS operator certificate, and pass a TSA background check
• Aeronautical knowledge testing must be renewed every 24 months (no private pilot license or medical rating would be required)
• Operators must ensure their aircraft is safe for flight, but there are no burdensome airworthiness standards or certification requirements (a preflight inspection conducted by the operator, checking communications links and equipment will be sufficient)
• Operators must report an accident to the FAA within 10 days of any operation that results in injury or property damage
• No operations are allowed in Class A (18,000 feet & above) airspace
• Operations in Class B, C, D and E airspace are allowed with the required ATC permission, Operations in Class G airspace are allowed without ATC permission (more on this in another class)